Room
Based on 6 occupancies (max)

Room Size
Apartment size about 100 sq.m with dining & living area. There is a separate loft as well.

Bed
3 king size beds in separate zones for 3 business colleagues , 3 friends or family with one person per bed and up to 6 pax with twin sharing  for each king sized bed

Room
Based on 4 occupancies (max)

Bed
2 king size beds for 2 business colleagues, 2 friends or family with one person per bed and up to 4 pax with twin sharing  for each king-sized bed

Muntri Mews was the second project undertaken by Chris Ong back in 2009. Formerly, it was a communal parking for horse carriages. Under Ong’s skillful touch, the collection of Edwardian era buildings, which were in various stages of disrepair at that time, was transformed into contemporary accommodation, complete with original wooden windows, doors and roof trusses.

The Grade II heritage building was originally the mews meant for the row of grand terrace houses built along the street during an era of affluence. The rooms upstairs were originally built as quarters for drivers and syce at that time. The long verandah that connected the rooms had remained, lending a feel of communal living amongst the workers during that period. This led to a common set of bathroom and kitchen that serviced the people that lived there.

Keeping to the utilitarian lines of the building, Ong kept the interiors as original as possible with a touch of the 20th century feel to it. Materials such as marble flooring and wood salvaged from other houses, schools and even a hospital were put together to create a simple and yet comfortable interior that harks back to the era.

Framed old photographs and portraits that taken in the late 19th to early 20th century have decorated the walls while old enamel trays and drinking glasses complete the whole feeling of bringing guests back in time. In keeping with its past, the stables, equine saddles, harnesses were also displayed.

The plantings that created the lush gardens with three large outdoor pavilions had resulted in a feel of the tropical resort.

Muntri Street is one of the oldest streets and the first sub-divisions outside the original settlement that was bordered by Pitt Street. It was the first middle-class housing development built in the late 19th century sometime between 1880 and 1900. The road was named after the former Menteri of Larut, Ngah Ibrahim, in which Menteri was spelled as Muntri.

The architectural style of most of the buildings was Straits Eclectic. These terraced houses were larger and had a feeling of grandeur. They were not used as places for business on the ground floor and living quarters on the upper floor. Instead, these were grand homes at the height of the Peranakan period. These houses featured imported tiles, cast iron lacework from the UK, ornately carved, gilded doors and screens from China, a sign of the owners’ prosperity.

Early regional and provincial associations, guild and trade halls were also clustered around this area with a Mazu Temple at one end and the Goddess of Mercy Temple at the other end.

Today, the area had emerged from a period of neglect and disrepair to one that was full of vibrant and life where the locals mingle with travellers alike. Gentrification has dusted away the years of dereliction to reveal the beauty and elegance of the buildings lining the street. 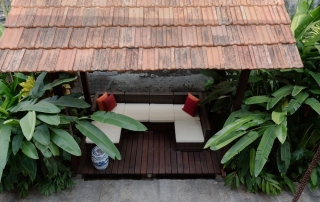 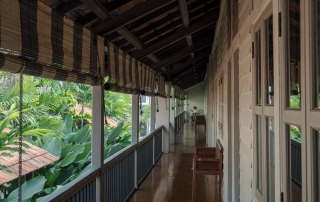 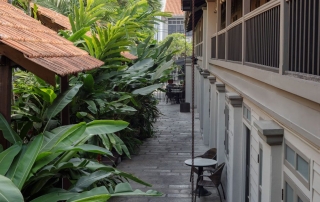 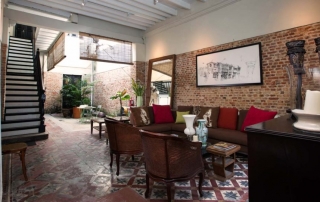 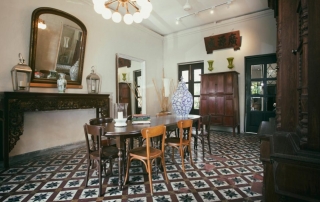 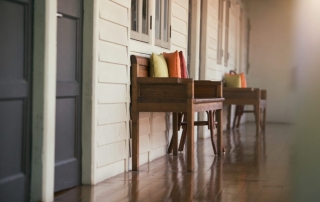 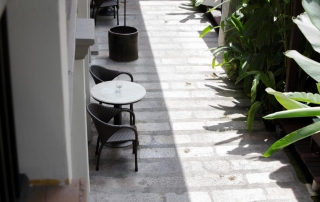 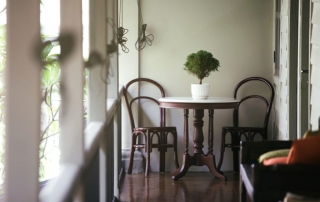 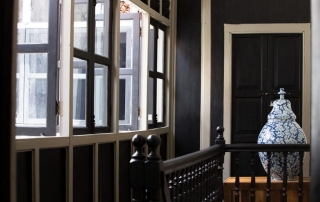 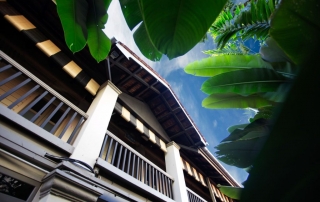 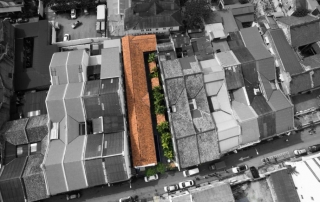